ENFIA 2022: The last minute corrections before the issuance of the liquidations

In a few days, the posting on TaxisNet of the new liquidations of ENFIA begins, with the aim of collecting 2.3 billion euros. However, before AADE closes the system on Thursday, April 7, the owners can check the electronic form E9 in order to avoid unpleasant surprises in the liquidations.

Taxpayers have until 11.00 on Thursday morning to make any corrections they deem necessary to pay the ENFIA that is due to them and without having to pay the fine of 100 euros.

In the event that the correction of the data of the properties that have been declared in E9 results in the payment of additional ENFIA due to the fact that e.g. if the square footage of the surface of one or more properties is increased, then the owner will be required to pay this tax plus interest calculated at a rate of 0.73% for each month elapsed from the day of electronic issuance of the first initial ENFIA final note until the day of submission of the amending declaration. 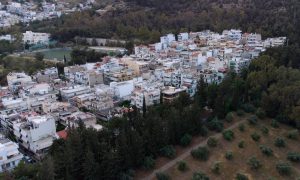 The most common mistakes that taxpayers make in E9 are the following:

Declaration of the surface, the age of the property and the floor. In the case of the surface, the clean surface of the main areas and the auxiliary areas must be indicated in a separate place. When the auxiliary spaces are added together and declared together, then a higher tax arises than the one that actually corresponds. In this case, a normal tax is charged per square meter and not the reduced one by 90% in relation to the tax corresponding to a main use area. A very common mistake is to declare as the main space the basement of the property or the attic that communicates internally with the main store space. Regarding the age of the property, the year of issuance of the building permit should be indicated and not the year of its completion. In the case of floors, the errors usually concern the way of reporting for the maisonettes. For example, if a maisonette has three floors with entrance to the ground floor then the second floor, ie the highest floor of the property, should be declared as the floor.

If a right of residence has been assigned (eg from a child to a parent) then this right is declared as usufruct and the taxpayer who has assigned it declares minor ownership with a corresponding differentiation of the tax.

Declaration of spaces as commercial that in the horizontal property appear as a warehouse. This usually happens in cases where the property is rented as a business space. However, the warehouses, even if they are a separate horizontal property, have significantly reduced ENFIA in relation to the normal business premises or residences.

In case there is a building inside a plot of land which is used as a residence, the tax of the plot is multiplied by a factor of 5 and thus the tax is significantly increased. However, if the building is not a house, but an agricultural building or a warehouse or a commercial property, the tax is not increased.

End of service: Exemption this year for farmers and fishermen