Electricity with 40 euros in Germany, over 200 in Greece!

Electricity prices are collapsing in Germany, with a “dip” of 66%, while Greece remains the most expensive country in Europe, with prices over 200 euros, paying for the increase in the use of expensive gas, but also the “hats” in wholesale prices due to insufficient competition.

According to Bloomberg, electricity prices for the next few days in Europe are falling significantly, as mild weather conditions reduce demand, while rising winds significantly increase production from wind farms. 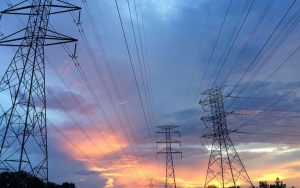 Typical is the case of Germany, where production from wind is recorded from the highest in history, with the result that the wholesale price collapses by 66% and stands at 40 euros per megawatt hour. According to a Bloomberg forecast, based on the analysis of wind potential, production from German wind farms is expected to double tomorrow.

It should be noted that Germany pursued a completely different policy from Greece for its energy mix, significantly increasing coal production in 2021, as the unrealistic increase in the price of gas made “dirty” energy production cheaper than production from gas units.

It is characteristic that, according to the data of the German statistical services, the third quarter of 2021 increased from 26.4% of the total production to 31.9%. At the same time, the share of natural gas decreased from 14.4% to 8.7%.

On the contrary, Greece is so far for 2022 the most expensive country in Europe based on the average wholesale price, which still exceeds 200 euros / megawatt hour. Experienced market observers note that this is related to the increased participation of gas in the production mix and the serious distortions in the functioning of the energy market, which burden prices with big “hats” in relation to production costs, to the benefit of the four energy producers. , with PPC first.

In particular, according to what the former PPC governor, Manolis Panagiotakis, pointed out today (speaking on r / s Athens 9,84):