By the end of 2022, property owners have a margin in 111 areas of the country where Cadastral Offices are already operating, including 23 areas in Attica, in order to correct the inaccurate first registrations and save their properties.

In these areas, according to sources who are well aware of the issue, out of the 7,090,110 rights (properties), 389,836 (5.50%) are “unknown owner”. If they do not, they permanently lose all undeclared property rights, and then the owners will be able to go to court, but only to claim monetary compensation and not to recover the property, unless the court prefers the repatriation solution instead of compensation. . 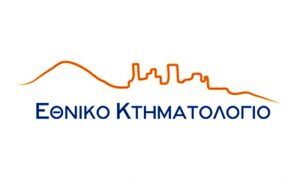 In the meantime, according to the same sources, the State has already received 14,484 properties which have been characterized as “unknown owner”. These properties are located in 36 areas across the country, in which the cadastral registrations were finalized in 2018 and therefore there is no longer a deadline for correction. The total rights registered in these areas amount to 199,013 with 7.28% (ie 14,484) being characterized as “unknown owner”. There is no complete picture as to who owns these properties. The estimate, however, is that eight out of ten already belong to the State.

What can homeowners do in the 36 areas? The owner who was not included in the initial registrations, can only sue for monetary compensation due to unjust enrichment. However, in the event that there is no possibility for the payment of monetary compensation by the state, the interested party can request the actual return of the property (in the form of compensation). In the event that the court orders the actual return of the property, the interested parties go to a notary to sign the relevant contract, and then the property is registered in the Land Registry as a later registration (and not as a correction of the original registration).

This has now changed and from now on, according to the new legislation, property owners can apply for the correction of a manifest error for registration of “unknown owner”, which must be notified to the State. Thus, if within 60 days, the State does not react in writing, then the head of the Cadastral Office (if the conditions of the law are met) will have to correct the relevant registration. However, in the event that the State raises rights within the aforementioned period, then the application for correction will be rejected and the individual will have to go to court to correct the registration.