Upgrades by IPTO of targeted Medium – Low Voltage substations throughout the territory are in progress, so that new renewable energy sources stations can be connected. In fact, according to information from energypress, the upgrade of 2 substations has already been completed, out of 33 of which the power is expected to increase, in order to increase the network’s ability to “receive” new “green” power plants.

This project has a budget of 30 million euros, of which 12 million will come from the Recovery Fund, in the form of a grant. In order to speed up its implementation, and therefore to free up electrical “space” for new renewable energy sources projects, the Administrator “ran” the first upgrades before the relevant funds were raised from “Greece 2.0”. 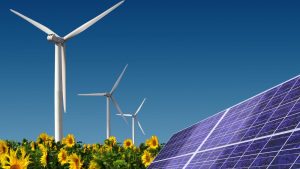 As energypress has written, from the increase of the power of the specific substations, it is estimated that the installation and operation of new renewable energy sources units with a total capacity of approximately 1,755 MW “passes”. A portfolio corresponding to 40% of the “green” power plants with a total capacity of 4,640 MW, which are estimated to be connected to the distribution network, in the context of achieving the goals of the existing ESEK for the penetration of renewable sources in the domestic power mix.

The total power increase in this substation portfolio will amount to 800MVA, in some cases with the addition of new transformers, or even with the replacement of some substations with larger ones.

Regarding the geographical distribution of the upgrades, it is foreseen the increase of the power by 250MVA of substations in Peloponnese and Epirus, while by 100MVA in Attica. In Central Greece it is planned to increase the power by 200 MVA, and by 250MVA in Macedonia and Thrace.

The new procedure for the circulation of trailers is in force